RFC documentation is up to date*

*Most of it. Until the next PR is merged at least.

The Tari Requests for Comment site plays a few critical roles in the Tari community:

The first of these roles is the most difficult to maintain consistently. The core contributors, by and large, enjoy writing code more than they relish maintaining swathes of documentation.

It’s not unexpected then, that a given feature of the Tari system and its associated RFC may diverge over time. A maintainer will typically slap an out-of-date label on the RFC when this happens so that readers aren’t mislead by outdated information.

Over the course of time, almost all of our RFCs were marked out-of-date. Late last year, we, as the core contributor community set out to rectify that situation. 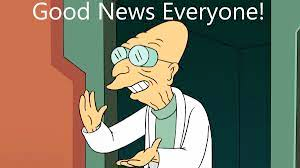 As of today, I’m very happy to announce that all RFCs related to the Tari Base Node have achieved stable status!

This was a massive collective effort that stretched over about eight weeks. Some 35 RFCs were reviewed, updated, and in some cases completely rewritten so that they reflect what is happening under the hood.

It was a bit like cleaning out the attic. There were a few RFCs, covered in dust underneath some old scuba gear that made us say,

“Oh, remember this old thing? Wow, I can’t believe we thought that was cool once”.

Those RFCs are captured for posterity in the Deprecated RFCs chapter of the site. Again, like cleaning out the attic, you never end up throwing anything away.

Of course, the 2nd law of thermodynamics never sleeps, entropy always wins, and these RFCs will eventually become out of date again. Fortunately, the base node code is fairly stable and well tested, and so the slide to disorder is not as steep as it used to be. As always, the code remains the source of truth.

It was quiet over the festive season, but that didn’t stop the release train. v0.43.4 was released on 12 January and a minor bug-fix release landed on the 18th.